My work is the expression of a lifelong affinity with the landscape.  I prefer my work to be an organic process and not to force which path it takes. Although drawing has always been integral to my artistic practice, it has only become my main focus  in recent years as I felt I wanted to fully explore dry media and how I could use the paper itself to be part of the artwork, using techniques such as impressed lines. I fell in love with pastels - their immediacy of colour allows spontaneity of mark-making, which is important as I seek to capture movement in my drawings. Collage emerged as another strand to my work alongside pastel, and I enjoy the process of adding and subtracting elements without needing to commit until a final decision is made.  I use the juxtaposition of torn and cut edges to create a tension between the shapes. Joan Eardley has long been an  influence, having seen her work when researching British landscape artists at university. I have always been greatly inspired by Abstract Expressionism, and for me her landscapes convey that same visual language of movement and energy. Eardley's pallette of greys and muted tones has also been influential in my work, particularly in recent years.

Janine lives on the North Yorkshire coast of the UK, and this location is a constant source of inspiration to her artwork. She has exhibited extensively across the UK, including with the Royal Academy of Arts, the Society of Women Artists, and the Pastel Society UK, London. She has won  The Arts Club Charitable Trust Award in 2014, the Haworth Prize in 2015, and the Unison Colour Young Artists Award in 2016, London.  Janine has recently been elected a member of the Pastel Society London.

Path Through the Forest II, 70 x 53cm
Charcoal graphite and pastel on paper £795 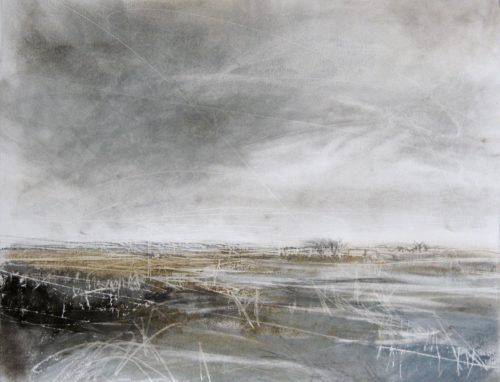 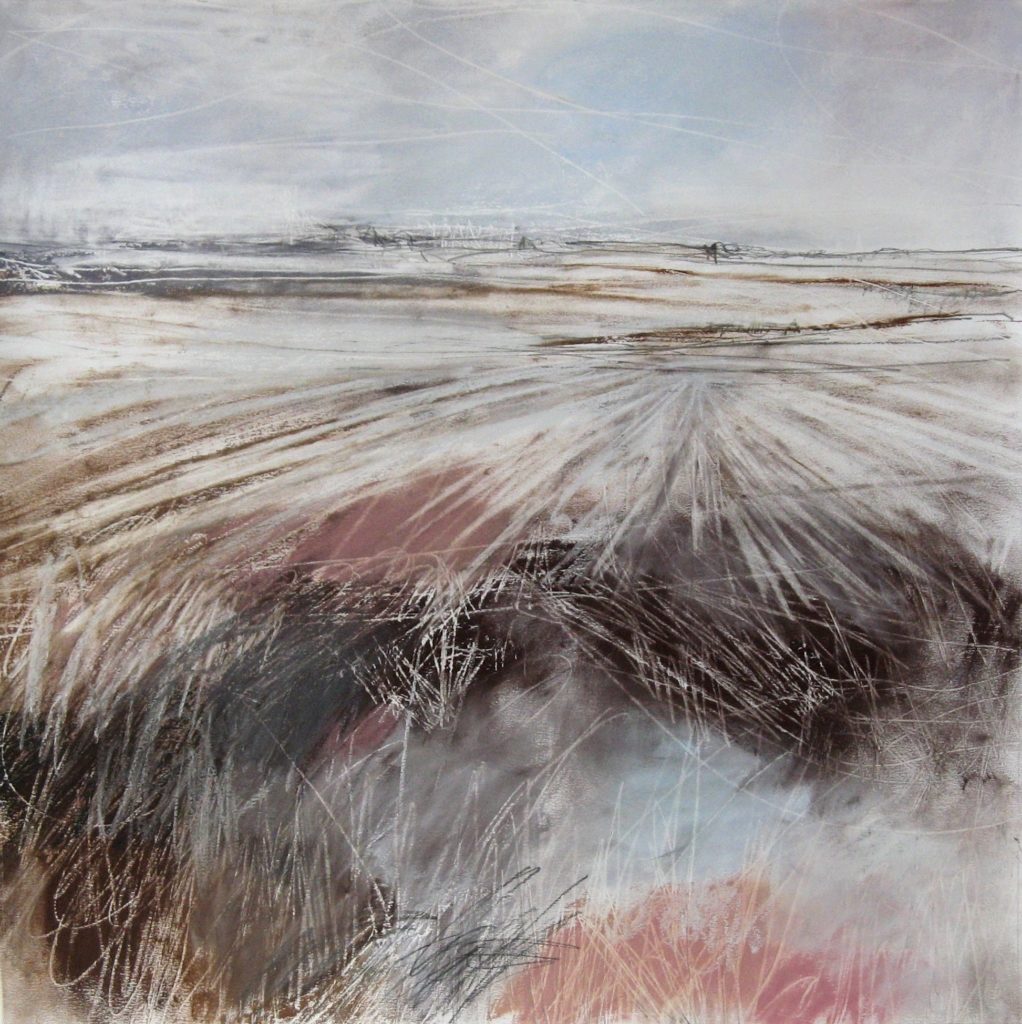