I'm primarily a landscape artist, working with inks and soft chalk pastel. I draw inspiration from the Cumbrian fells and the west coast of Scotland, areas which have played a pivotal part in my upbringing and adult life.  I hope that my work conveys the strong connection I feel with the landscape, and the skies above.

Born and brought up in Cumbria, Helen left the county at the age of 18 to study Geography at Manchester University.  Helen has spent many hours walking, sailing, cycling and cross country skiing in all weathers.  She has climbed all 284 Scottish Munros (mountains over 3000 feet) and has sailed extensively off the west coast of Scotland. Since finishing the Munros in 2009 Helen has been painting pretty much full time. In 2017 she returned back to High Ireby, Cumbria, while retaining her base in Edinburgh. She  has a studio in Fletchertown, the village she grew up in. The Scottish beaches of Camusdarach and Sanna frequently feature in her work, with their views of the Hebridean Islands of Muck, Rum and Eigg, as does the Cumbrian coastline alongside the Solway estuary. 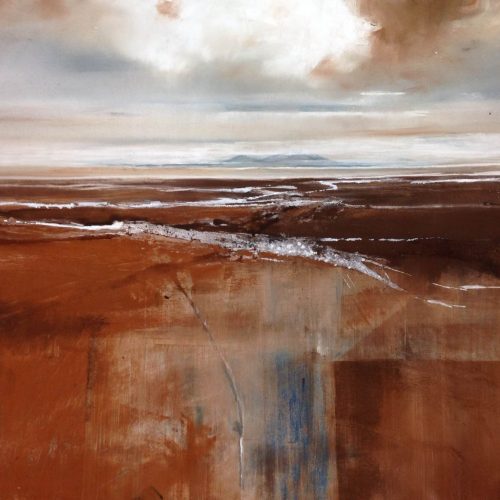 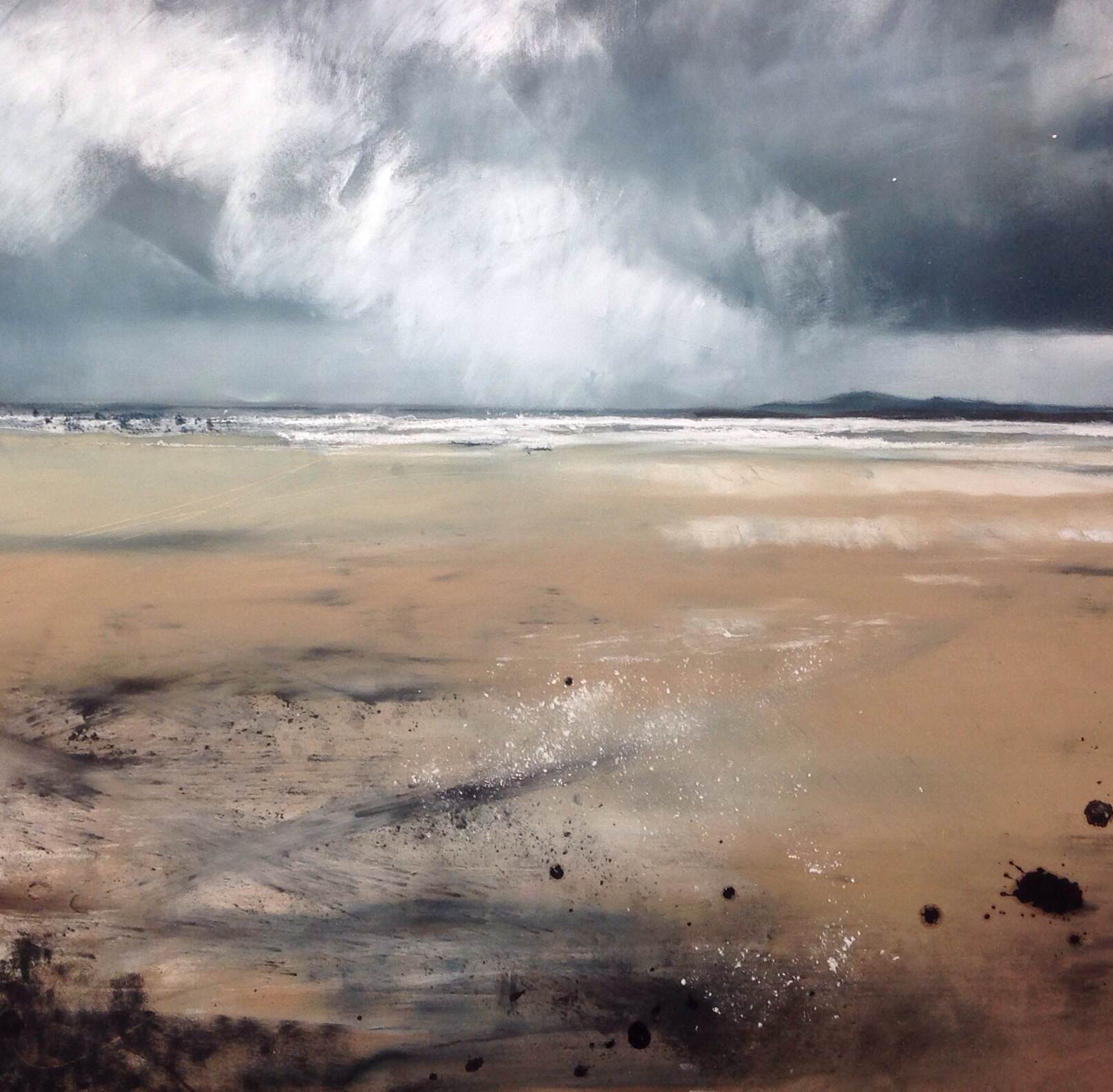 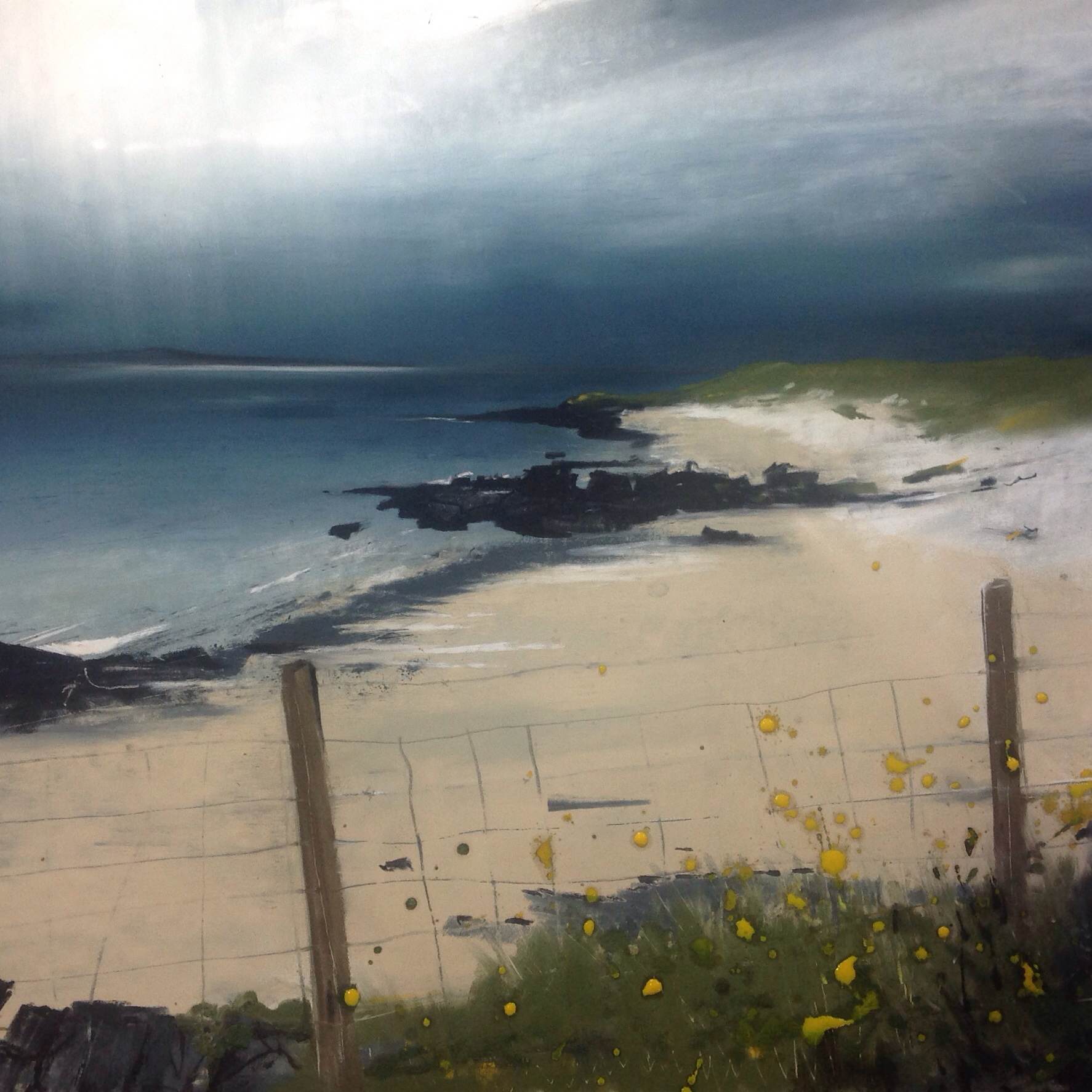