Belinda Glennon draws inspiration from the coastline around the Isle of Harris to create stoneware and porcelain functional ceramics.

Drawing inspiration from the majestic, rugged coastline around the Isle of Harris, I use white stoneware and porcelain to make decorative and functional ceramics reflecting my love of the colours and textures of the Island’s coastline. My mothers’ family are from Harris, the connection runs deep. I spent most of my holidays, growing up, on the island. I have formulated a palette of glazes which are applied by pouring, brushing and sponging giving each piece individuality. Individually sculpted barnacles are applied to some pieces, as well as the reference to the sea, these barnacles also represent time passing, memories and loss.

Belinda graduated from Newcastle College in 2013 after studying Contemporary Ceramics in Practice. Previous to the degree she had been largely self-taught but attended many courses focussing on mastering throwing on the wheel. Studying in Newcastle gave her a sense of context as well as allowing time to do thorough glaze tests giving the basis for the palette of glazes being used today. She works from her new studio built in 2016, giving much needed light and space. 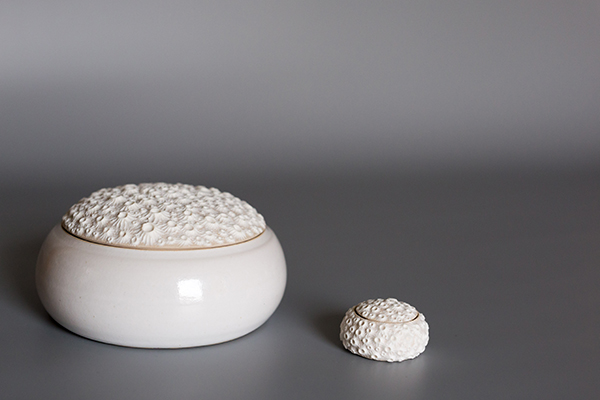 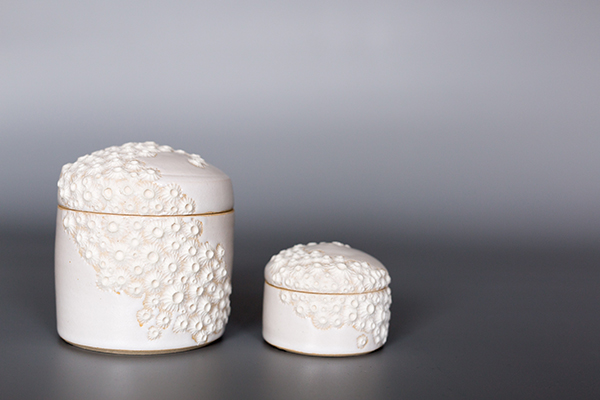 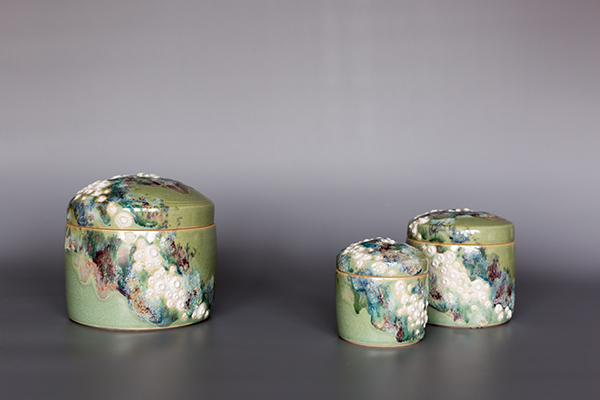